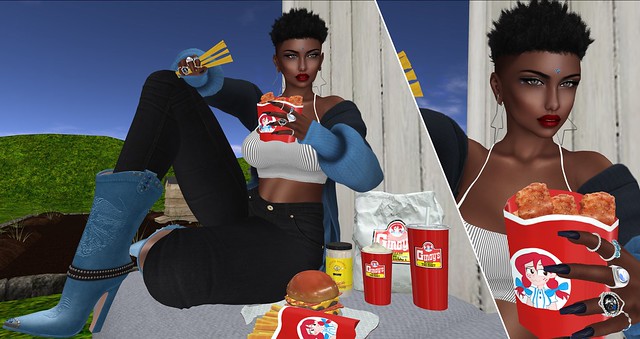 We’ve been so busy learning new things on the farm and in the kitchen that I haven’t really had a lot of time to cook! Sooooo…I got some nuggets from one of my favorite drive-thrus on the way back home from my newest project.  Just as I arrived I found that it was time to harvest honey so…time to try our new organic honey with these nuggets.  Yaaaas!

Sponsored items have a

before the item. Promotional items have a

Like Loading...
“I will live in thy heart, die in thy lap, and be buried in thy
eyes…”
~Shakespeare, ‘Much Ado About Nothing’ 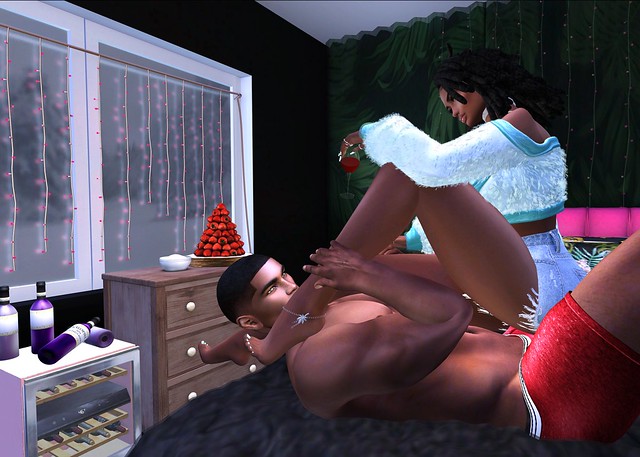 When he told me to perch atop his lap and enjoy the wine, I had no idea what he had in mind.  This man…he grips my attention by doing the most sensual of things with the most simple of devices.  To write my name along my leg with a strawberry dipped in wine, just to trace the letters that make up me culminating in a taste of wine and skin…he etches his seduction into my brain and I am left undone, just watching him as we both enjoy the taste that meets our lips.
How divine it feels to be worshiped in this way. He treats me like a confection, his favorite treat. And I get to enjoy seeing myself through his eyes.  Damn he makes me feel delightful, delectable and desirable all in a simple kiss.

Sponsored items have a

before the item. Promotional items have a

He walked through the event curious, wanting to find something new.  He saw her and immediately he wanted to know her mystery. Their eyes meeting, he walked to her without saying a word. As soon as he got within an arm’s length, she smirked walking away.  As his gaze followed her syncopating hips, she stopped walking. His eyes traversed her body moving upward slowly until he caught her gaze again. Her lashes lowered; a flirtatiously slow bat before she reopened them and tilted her head for him to follow her.

He licked his lips slowly, fingers massaging his jaw as he walked to her, this time reaching for her extended hand. They moved slowly through the crowd, her fragrance leading him and teasing his senses, putting him in as much of a trance as her movements did before he approached her.  They stepped inside this dark room lights changing in a slow pulsating beat timed to the heavy music coming from the outside world.  She turned to face him, walking backwards as she coaxed his every step leading him to the lone chair in the room.  Placing her hand on his shoulder, she guided him downward. Straddling him, she locked eyes with him but for a moment and smirked, pulling blindfold and gag from her sleeve…pushing his arms to the sides of the chair, seductively growling, “Close your eyes. Do not move your arms from this position or there will be consequences. Do you understand? Say ‘yes, Mistress,’ if you understand.”  He nodded, his eyes closing slowly as he whispered, “Yes, Mistress,” knowing he had found his something new and exciting.

It’s almost time for my ice skating lesson but I’m so tired and low on energy. I’m hoping these quick munchies from the snack house will give me the boost of energy I need to get through this. It’s been far too long since I’ve been on skates.

Let’s hope I don’t kill the instructor. Wish me luck!

It’s been a minute since I’ve had time to sit and take fingers to keys.  RL has been quite the adventure and though I’ve tried to return this past week to blog, life has simply not opened the window!

So today, I took a bit to relax, enjoy my time and simply sit upstream from my sister’s house along the river. It’s peaceful there. I enjoy the quiet.

Sponsored items are in bold; promotional items have a plus sign (+) before the item.